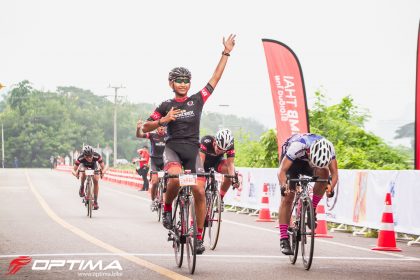 Young cyclists in Bangkok Sports School are now enjoying a good opportunity to develop themselves as a result of the collaboration between Optima – a renowned homegrown bicycle brand in Thailand – and Thule by Techno Sell (Frey) Co.,Ltd. the exclusive distributor in Thailand.

– a globally known Sweden brand. Both have joined hands to run a youth cycling team with an aim to give young cyclists a better opportunity to practice and win a tournament, and to motivate and encourage them to reach their full potential. Young people in the school who are sports enthusiasts share a dream of becoming professional players – playing for either the national team or a reputable club. Among these young people are more than 30 cyclists who have been given support from the two leading bicycle brands – Optima and Thule – both of whom have joined hands in establishing a cycling team of 20 selected riders.

Anon Phikulkarnlert, the team manager, has talked about their objectives behind the team establishment that:

“I was working as a volunteer staff member at a cycling event when I met a young student from Bangkok Sports School who was also working as volunteer staff. I talked with him and learned about his life, where he is from, and where he studies. Later I came to his school to see what it is like and I found students playing different sports – including cycling. As I love cycling and wish to see the domestic scene grow, I managed to talk to Optima and Thule and they were in. We helped the school modify the training room first and then we fixed the training equipment, working together with the principal and the instructor in charge. We also had an idea of running our own team, so we discussed it with the school, and now we have Optima-Thule Bangkok Cycling Team How to be accepted into the team and what the team members get:

“Our team will consist of 20 cyclists at first – aged between 14 and 18 who have outstanding performances and are good at teamwork. We started with a small number to motivate and encourage the rest to work harder to join the team. We didn’t mean to limit the number, so we can add more later based on their age, performance, and teamwork skills. It’s a team management technique. Talking about what the team members get, we provide them with insurances and we have just taken them to join two recent tournaments. At “Cycling around the Base” tournament held at the Flying Training School of Royal Thai Air Force in Nakhon Pathom, 15 members of our team competed in the open category and won 6 trophies, and at “100 Plus Grand Criterium” held at Chang International Circuit in Buriram, our team won two trophies against adult cyclists despite the fact that our cyclists are only 14 years old.” One of our proudest was “Meaw” Chaniporn Batriya has joined the World Junior. Looking at the training schedule and team development, the coaches explained that:

“At 5.45, we start training by running and doing exercises, and after 15.00 we get ready for the training again. At 16.30, we do indoor trainer workouts or weight training. Sometimes we go out for a long ride – usually at the sky lane and the route near the motorway. They have to train at least 3 hours a day, considering timing and their physical ability. At 7 o’clock they have breakfast, and line up at 8 before going to school. We provide our students with accommodations and three meals a day, and some time to go home at the end of every month. But as there are more tournaments in cycling than in other sports, cyclists usually have less time to go home. To be specific, they have a week off (or two) after the youth tournament in March or April. Our school produces young sportsmanship, and for our part as coaches, we take care of the cyclists. We train them to be part of the national team and to join tournaments. Their achievements include National Youth Championships and Thailand Championships in tournaments that are hosted by the Association, and those who have outstanding performances are likely to make it to the national team. The support from Optima and Thule that came in mid 2015 was incredible. It makes our students much more eager and focused with training. We now have a wider range of quality equipment for training. They also help us in maintaining such equipment and support us with equipment and accessories that are very useful in tournaments.” Winning tournaments is not the only goal as the team looks for a long-term development:

“Our goals are to help develop the cycling scene in Thailand and to help individual young cyclists with the potential to make it to the national team. We hope that our students will win at tournaments, both inside and outside our school, and for rewards, we usually give them high-performance equipment and bikes. We also look into the future and see that not all of them will make it to the national team or become professional cyclists. Therefore we will help some of them find interesting jobs at either Optima or Thule. We also see that as our students grow, there is a chance that we might develop another cycling team – an adult team – in near future.” 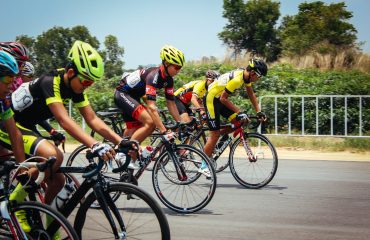 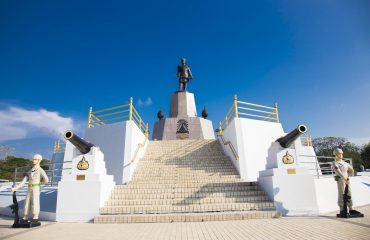 Where to go in Bangkok for Beginning Cyclists